Veggies have feelings if you treat them bad they will taste and look bad too. One of the most common mistakes in the history of cooking is thinking that the only way to eat veggies is by boiling them.. for hours….

It is well known that boiling veggies will get rid of their healthy properties and also will end up being mushy and tasteless. There are several techniques on cooking veggies.

Lets first review the veggies that are heavenly delicious raw but we tend to cook.. 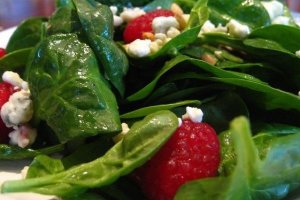 Broccoli.- Not only raw broccoli helps cleanse your liver of carcinogens, but also it is delicious, instead of eating popcorn while watching a movie, cut some broccoli into tiny bites and enjoy it, you can dip it in hummus or maybe mix some yogurt with mint, salt and pepper. 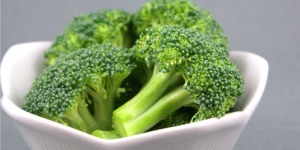 Bell peppers.- One of the vegetables with more vitamin C, however this component gets broken down when grilled or roasted above 375 degrees. Peppers can be either cut into julienne and add to a nice salad or as batons for a crispy snack

Beets.- Particularity beetroot its nice and crunchy, amazing for crudites and also for dipping into some fresh lemon and basil vinaigrette or maybe mix it with some pineapple batons and sprinkle tajin chili. Beets when cooked lose 25% of their folic acid!

Some veggies that are worth steaming like asparagus (cancer fighting potential) and artichokes (high in antioxidants), why steaming? Well boiling relaxes the fibers in vegetables making them release its nutrients into the water which it is then discarded.

Now, something I learnt at the Cordon Bleu while studying culinary is that blanching is always better that boiling, this is letting the veggies be in boiling water for a little bit then throwing them in cold water. This prevents them to lose color, nutrients and consistency. The basic rule was always that for those veggies that are not green, the water should be cold and the veggies should be there as the water raises temperature and when the veggies are green (lets say broccoli, peas, asparagus) then the water should be boiling already when they jump in.

As far as taste is concerned, some veggies worth grilling (better with wood) in order to boost their amazing smokey flavor which are mushrooms (try sticking them into a skewer), thinly sliced zuchini and carrot (slice diagonaly to have larger pieces, it makes it easy to turn around on the grill).

Bottom line, whether raw or cooked veggies are simply good for you however boiling them for some time may not be the best idea unless you use the water you boiled them with and toss it in a blender lets say for a soup or so.

For some super interesting info read this, this or this.