When countries come together to share passion, feelings and ingredients a reaction coming from the alchemy of flavors, essences and languages happens instantaneously.

For a week, several chefs had the opportunity to get together for a series of conferences and workshops at Ixtlahuaca University in Estado de Mexico. The first day I must say most of us were al little stiff, as you may understand in several countries, the ambiance of chefs is pretty much an ego fight.. However on the second day the warmth of the students and the dishes just brought everyone’s guard down and just like bubbles in boiling sugar, emotions came to the surface.

The aromas coming from the kitchens were at times confusing and at times inviting to go on a voyage of remembrances.. there were traditional Spanish breads in the oven on kitchen one and walking to kitchen two you could see the traditional cookers crushing maiz in the metate. 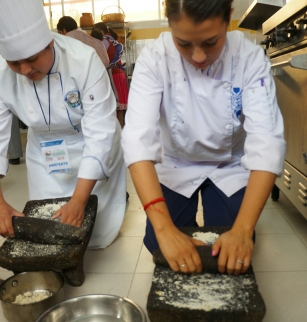 For me it was a delight to meet people such as chef Javier Serrano, who has been working for over 12 years with a project called I “Casi todos los sentidos”, which goes beyond good food and invites guests to stop time and enjoy an experience beyond expectations. During these days I had the pleasure to enjoy such time travel, sense awakening, life changing experience (the first edition ever in Mexico). 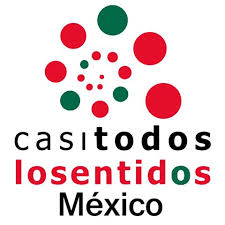 For more on Diestro y Siniestro mezcal, go here. I will post on this jewels a bit down the road.

Another star I must mention is Domingo Chinchilla, the magician of sound and storytelling. He has a delicious project called “Lí” which transports you to far away places and you find yourself drinking beer with the fishermen in a faraway island or dancing with the gypsies. 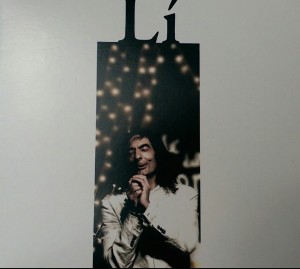 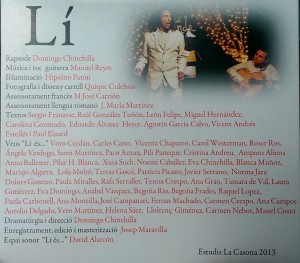 If you like paella you must certainly know the next celebrity chef I will mention! He is Juan Carlos Galbis Olivares, master “paellero”. He holds the first Michelin Star ever awarded in Valencia and also the World Record Guinness for the largest paella ever cooked. He is quite humble and has a delicious sense of humor too! Watch this..

During this congress, Ximo Carreon was also present. He is a great chef and has an amazing blog http://fentdetutto.blogspot.mx/ where he reviews several recipes and guides you with a step by step recipe using gorgeous pictures he takes himself.

Now I must mention chef Silvia Melendez Herrera. Not only she has a very successful restaurant in Valencia but also she has a sensitive brave heart and pours it in every recipe she makes. 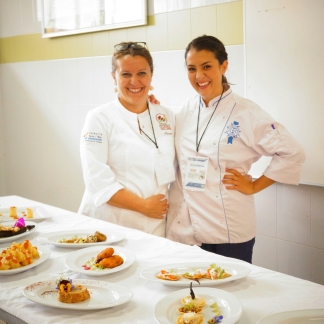 I also met chef Ruben Ruiz Vilanova, a creative chef that within five minutes you can be sure he is a loyal friend that has your back. His dishes are amazing too! He has a restaurant called La Matandeta located in the middle of the rice fields in La Albufera Natural Park.

I could continue this list for ten more pages, more than the delicious recipes we shared and the thousands of pictures we took, meeting such amazing people was the greatest reward. 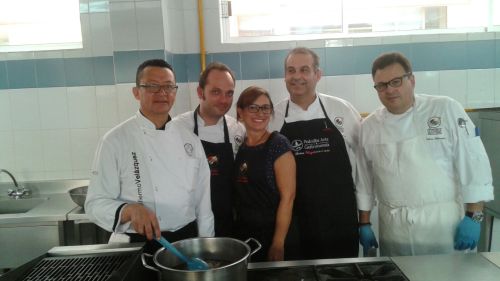 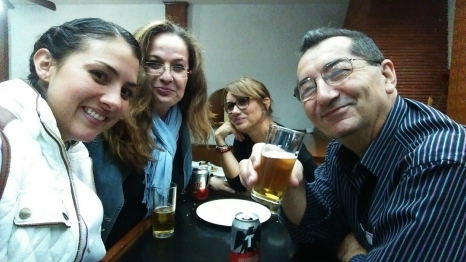 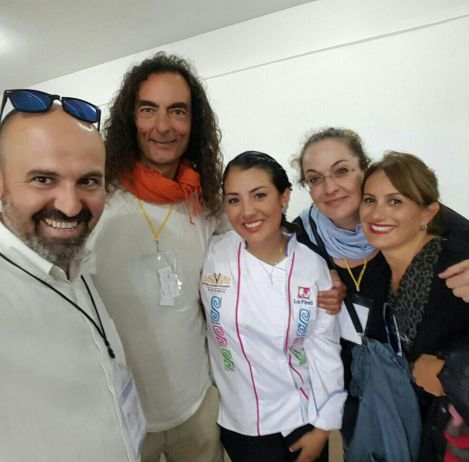 Not to mention the students who were curious and savvy to learn at all times. 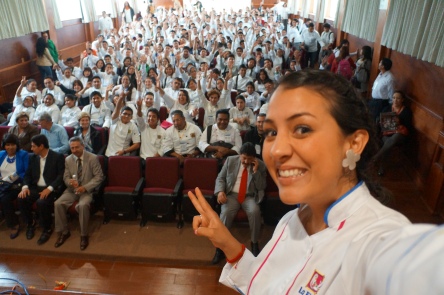 Just in case you were curious, my conference was about emotions and sensorial memory, which I consider the angular stone of gastronomy. 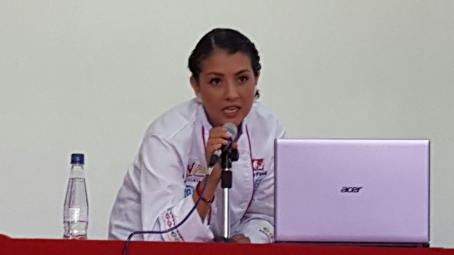 The staff of the UICUI was warm and welcoming and provided us with an unforgettable experience that will last forever!

See you next year!