It is about time to write about mezcal, tequila’s cousin I would dare to say. The plant they come from (agave) may look similar, however the making process such as taste and other characteristics are completely different.

Let’s start from the beginning.

Mezcal comes from the Nahuatl word mexcalli which means cooked agave (or maguey) and it is a spirit (native to Mexico) distilled from a plant called agave.  There are several types of agaves which are different in taste, place of origin and years to mature. The most popular ones are: 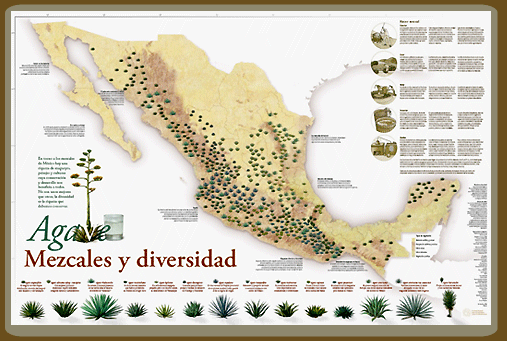 The leaves of the agave are cut off to leave only the core which we refer to as “pineapple” due to the similarity in appearance. These are quite heavy and must be cooked.

A conic oven is built underground and fed with lit wood, then the pineapples are thrown in and digged up. About a day later they are taken out and they have become mostly sugar!

If you take a bite of its core it tastes similar to sugar cane..

Now it us time to crush the cooked pineapples. This process is done traditionally in a stone mill pulled by a horse.

Once the pineapples are a mush, then are taken into wooden tanks to ferment. It takes about two days depending on weather and natural conditions to watch bubbles coming up to the surface of the mix as if it was boiling.

The mix is then going to the distillation process, whether it is in a clay still (made out of clay pots producing approx one liter out of 30kg of agave) or in copper or steel stills (10kg for a liter approx).

Mezcal varies in alcohol content going, according to the law NOM-070-SCFI-1994 from 36%to 55% (however most of them start at 45% and you can easily find a higher %). Several distillations may be needed to achieve the desired degree which it is measured by the bubbling the final product will produce.  We refer to these bubbles as “pearls” and the more they last, the higher the content of alcohol within. 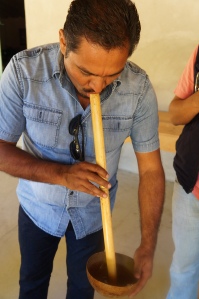 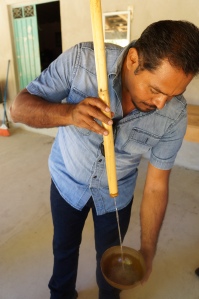 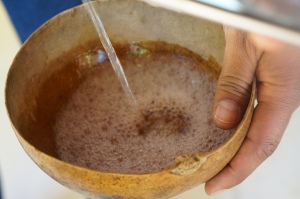 Mezcal is produced in several states of Mexico and in many they hold a specific name according to their DOC.

So what’s the difference between mezcal and tequila? In order to be called tequila, the beverage must be made 60% from agave tequilana or blue agave (thus the best are 100%). Also tequila is only made in the state of Jalisco. The process will be shown in another post soon but preview here..

Not to mention the taste is quite different.

How to drink mezcal?

The purists will say “kissing it respectfully just like with women” thus means sipping it slowly never shooting it! In most places they will serve it with a slice of orange and some worm salt (yes, around September a particular type of worm grows within the agave and it dried and grind with salt and chili). 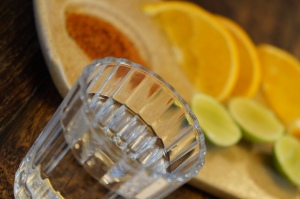 Mezcal just like tequila, can me white, rested and aged. When white it was stored for up to two months, when rested it was stored from two months up to a year and when aged it has been in barrels for at least a year.

My favorite brands are not particularly commercial but can be purchased knowing the right people (ask me! I’ll give you the contact). These are:

Some others I like which are more comercial and easy to find are:

Probably you noticed I would rather drink white mezcal but just like everything it is a matter of taste.. The importance relies in the freedom this mystic deink will give you but drink carefuly!

To wrap up watch this video.. it is in spanish but will give you a great feeling to it… 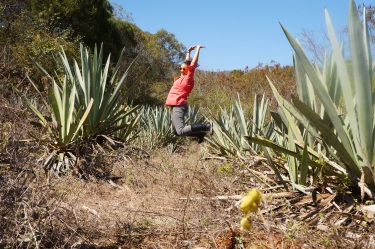